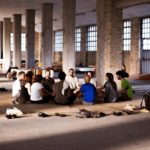 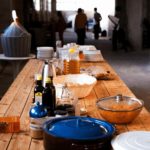 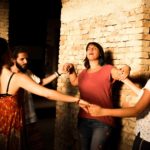 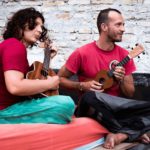 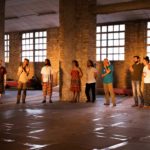 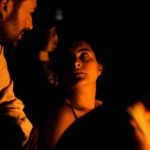 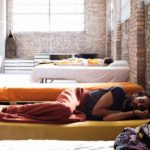 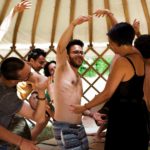 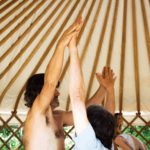 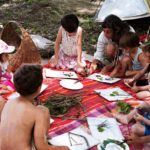 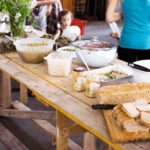 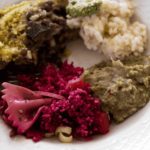 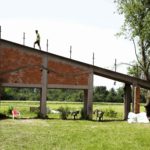 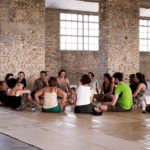 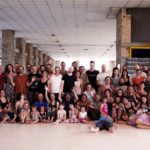 The foot: the root that nourishes the dance

The step that leads to the world from Taoism to the present, with elements of MTC, anatomy and physiology, somatic education (Feldenkrais® Method)

Proposing a movement practice in the context of Gaiaterra opens reflections that refer to the origins of what we can call dance, regenerating movement, concrete and experiential spiritual practice.

Already in Isadora Duncan the importance of the connection with nature is clear because “there is no movement in dance that is not present in nature” but here it is not only a matter of inter-connecting, of inter-being, but of working in a special context.
Building together a movement that is a rooting act in a land where every gesture is based on awareness. The foot leaves traces and here you will walk steps that leave clean footprints. The air we breathe is the same for everyone and breathing with awareness is a true ecology of the body-mind.

The reference to the Taoist philosophy calls for a thought that bases its models on the observation of natural phenomena, to understand the laws regulate the harmony of the universe, to know them not to act on them but to take them as a rule of life and of relationships in an ideal society.

The elements of Classical Chinese Medicine help to decondition the relationship with the world: a pattern in which the human being is not separated from “nature” but is completely part of it as an expression of the eternal energetic exchange Heaven/Earth that is reflected in a continuous reference microcosm-macrocosm.

To whom it is addressed: to those interested in deepening ecology and economy of thought and movement that is not limited to an intellectual understanding, but becomes experiential knowledge.

Open evening for a presentation of the dance therapy created with anyone who brings interest. You can browse through Elena’s new books, listen to her story or breathe some gesture together.

For more information on overnight stays, food intolerances or indications on how to reach Gaia Terra:

Practitioner and teacher in bio-natural disciplines since 1992;
previously she deals in Shiatsu, then in Tuina and since 2017 is a
Teacher in Feldenkrais® Method.
As a teenager she practices Judo at a competitive level, from there
her curiosity for Far-East culture and practices has developed.
She later studied Shiatsu, Traditional Chinese Medicine
and Tuina following courses and seminars in Italy, France and China (PRC).
At the Feldenkrais Institute of Milan she continued his research.
She consider the body (and life) as energy in constant change:
to sharpen the understanding of the movement he practiced Aikido,
Kendo, Taichi, Qigong, Aijutsu and Shodo (extreme-oriental calligraphy).
She lives and works in Milan; has been collaborating for over 10 years
with Xiaoxiao,a Tuina clinic for children;
and collaborates with some associations, schools of Tuina
and with the school of DanzaMovimentoTerapia Sarabanda.

About the Author: Progetto Gaia Terra